A Conversation With Mara Liasson

In honor of Women’s History Month, please join McGuireWoods for a candid conversation with Mara Liasson, NPR national political correspondent and FOX News political analyst. Liasson will discuss her career path and her 35-plus years in journalism. 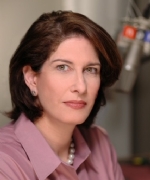 Mara Liasson’s reports can be heard on NPR's award-winning news magazine programs “Morning Edition” and “All Things Considered.” She covers politics and policy from Washington, D.C. — focusing on the White House and Congress — and reports on political trends beyond the Beltway. Each election year, Liasson also covers candidates and issues in presidential and congressional races. From 1989-1992, she was NPR's congressional correspondent and she was NPR's White House correspondent for all eight years of the Clinton administration. During her tenure, she has covered seven presidential elections — in 1992, 1996, 2000, 2004, 2008, 2012 and 2016.

Prior to joining NPR, she was a freelance radio and television reporter in San Francisco. She also was managing editor and anchor of “California Edition,” a California Public Radio nightly news program, and a print journalist for The Vineyard Gazette in Martha's Vineyard, Massachusetts.

Liasson won the White House Correspondents' Association's Merriman Smith Award for daily news coverage in 1994, 1995 and 1997. She is a graduate of Brown University where she earned a bachelor's degree in American history.

Our programs are intended for the benefit of our clients and contacts and we reserve the right to refuse any registration at our sole discretion.