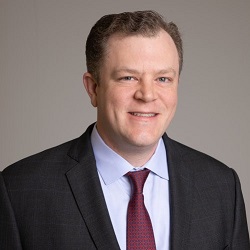 Wayne Moore: I started my investment career in large private equity for a firm called Saunders Karp & Megrue, based out of New York City. I was fortunate to be on their growth investment team, which focused on smaller businesses. It was a great experience, and I enjoyed partnering with the management to help improve operations of the companies we invested in.

After leaving that firm, I spent the next 13 years at hedge funds investing primarily in public companies. I co-founded and ran large hedge funds and worked with incredible teams, but I did not have the passion for investing in public companies that I had for partnering with smaller private companies. In 2019, I decided to leave a hedge fund I co-founded to start Crux Capital, where our focus is investing in companies with $1 million to $15 million in EBITDA that can benefit from our resources and experience.

WM: I started Crux Capital in January 2019, and we made our first investment in November 2019. Since then, we have made one additional platform investment and had a successful equity recapitalization of our first portfolio company. We were able to hit the ground running because of my long history of investing in multiple industries. This provided a built-in network of people to help identify and source interesting opportunities.

WM: I think there are several reasons why the independent sponsor model has grown so much. First, there has been a huge inflow of capital into traditional private equity funds. This increase in capital has forced private equity firms to go upmarket and look at larger companies to deploy the capital during the fund's limited lifetime — either you use it, or you lose it.

At the same time, a demographic shift caused by the aging population means more business owners are entering retirement age or having health issues. This is resulting in a greater volume of businesses coming up for sale, particularly in the $1 million to $15 million in EBITDA range, where Crux Capital focuses.

Finally, technology and outsourcing have made it much easier for smaller teams to execute acquisitions.

WM: The biggest misperception for me is that independent sponsors are not as good of financial partners as private equity funds. In my opinion, Crux Capital as an independent sponsor is a much better partner for sellers of businesses than a private equity fund. We invest a significant amount of capital out of our general partnership into every deal. This makes our incentives much more aligned with all the shareholders, including sellers who maintain a stake in their company.

In addition, private equity funds provide an incentive for fund managers to grow and do large deals just to collect management fees.

WM: Crux Capital stands apart from most independent sponsors and does not use outside equity capital partners. Our capital comes from two different places. The first would be Crux Capital itself, which is me and my colleagues. One of the big differentiating factors between our firm and others is that we invest significant capital in our deals. If you look at our second investment, the general partnership invested roughly 10 percent of that deal. That's a very high percentage compared to traditional private equity funds and particularly independent sponsors.

The second source of funds is our limited partners, many of which I've had relationships with for 15-plus years. They're family offices, small institutions, very high-net-worth individuals and managers of investment firms that don't do small deals.

Wayne Moore is the founder and managing partner of Crux Capital. Since 2003, Moore has profitably invested in private and public companies across multiple industries. He excelled at several large financial institutions and co-founded two successful hedge funds. Now at Crux Capital, he focuses entirely on investing in and growing private businesses.

Before starting Crux Capital, Moore was a co-founder, partner and director of research of Lunia Capital. He was involved in all aspects of the management of the $400 million low‐net equity hedge fund from 2017 to 2018. During his tenure, he was responsible for investment research and hiring all employees.

Prior to launching Lunia Capital, Moore was a director at Carlson Capital, which he joined in 2011. At Carlson, he managed investments across consumer, technology and industrial sectors as part of a market-neutral paired equity portfolio. Before Carlson Capital, Moore was co-founder and partner at YX Funds, a $350 million short-only hedge fund for institutional investors. From 2005 to 2011, Moore and his partner oversaw the portfolio management, operations and fundraising of the firm. From 2003 to 2005, Moore was an associate at SKM Growth Investors, an affiliate of the $1.5 billion private equity firm Saunders Karp & Megrue.

Prior to working in private equity, Moore worked for Citigroup's investment bank, Salomon Smith Barney, focusing on mergers and acquisitions.