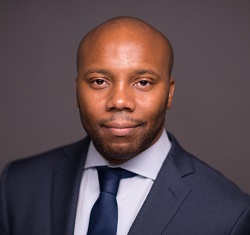 After facilitating transactions for some of the world's largest corporations, I decided to localize my impact by using the next phase of my entrepreneurial journey to alchemize my embedded skill set and network into entrepreneurial ventures that serve the lower middle market.

EL: I started in early 2016. I planned well ahead of that, but it was in January 2016 that I became a full-time independent sponsor. I was fortunate to complete my first deal later that year.

EL: I think the reason why the model has grown is because it meets the many different needs the market presented — and still presents. Essentially, you have great entrepreneurs and smart deal-makers being granted the ability to go out and prove themselves without facing the same barriers of entry that funded sponsors face.

Thanks to the independent sponsor model, you could now return to the original style of deal-making, which was, essentially, the bootstrap method. The independent sponsor model presents a pathway for talented entrepreneurs to demonstrate their ability to find great companies, convince those companies of their worthy partnership and attract savvy interest-aligned investors. The model then allows investors who want to back excellent entrepreneurs to partner their capital with these entrepreneurs without having to pay blind pool fees.

In terms of the future, I believe that as independent sponsors continue to mature and prove themselves, the market may become less entrepreneurial and more standardized. On one hand, this could perhaps come at the risk of discouraging the next generation of great entrepreneurs. On the other hand, and on the brighter side, it may also make the market more efficient.

My hope is that there are always opportunities for exceptional entrepreneurs to match great deals with aligned capital and investors.

Along these lines is a continued belief, or misperception, that there is little work required outside of "the deal" and, subsequently, the only prerequisite to becoming successful is being a "deal guy." That's not true at all. Independent sponsors still must be excellent in everything they do, from communicating with investors to demonstrating a strong company performance, track record, brand and infrastructure and most notably operational support, especially if they plan to do more than one deal. In my view, there are really no shortcuts in this work.

EL: Mission alignment is of the highest importance. Oftentimes, before you even get to discussing terms of a deal, you must be clear about mission alignment; that is- deciding early on what every party wants out of the deal. Part of The HiGro Group's thesis is around impact and mission. We are focused on the financial returns but also the social returns. The derivatives of that play out in terms of how we govern, spend capital and provide other services.

In essence, success largely boils down to mission alignment. For example, there's a misperception that any capital is good capital. However, if your mission is to grow a company but your capital provider prefers companies to not take risk and remain relatively small and steady, there are obviously dislocated interests which underscores a big, fundamental, issue. This is where mission alignment before engaging in a deal is so critical and solves a lot of potential issues before they arise.

Ernest Lyles is founder and managing partner of The HiGro Group, a mission-driven private equity firm focused on the lower middle market. Since founding HiGro in 2016, Lyles has invested in six companies, managed two platforms and exited one platform. As founder, Lyles oversees all aspects of the firm, including investment activities, growth initiatives and talent management.

Lyles attended The Howard University School of Law in Washington, D.C., and Shepherd University in West Virginia, where he was raised.