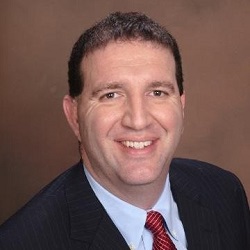 Mark Gonzalez: We had made a lot of money for other funds and decided that we wanted to pursue strategies in the small/mid-market space. There is significant opportunity in some of the proprietary transactions we are working on. With the abundance of capital in the marketplace, the "secret sauce" is finding good, actionable transactions at reasonable valuations.

MG: We have been operating as an independent sponsor since 2014. It took us about 10 months to begin operations, develop the firm's website, screen companies, find our first transaction and close. Since then, we have been averaging about one transaction a year.

MG: We have worked with some people and funds who were very well-educated and successful in raising funds, but they sometimes managed out of a spreadsheet. There is a profound lack of understanding of what drives a business, which is particularly apparent for those who don't have extensive real-world experience.

With the increase of capital in the marketplace, independent sponsors are not beholden to the typical fund model. The real value is in the people who can find the transactions and manage the business to achieve growth. Capital providers are certainly still a big part of the ecosystem, but the competition for deals is fierce.

If we have a nice company under a letter of intent and can manage it well, capital providers will find us. Economics for independent sponsors have become much more robust than the traditional fund economics. We see this competition increasing over time. I also think people today are a bit more entrepreneurial. They want to control their destiny instead of working for a large company for years.

In addition, there’s a bunch of new independent sponsors in the marketplace who have not completed a transaction yet. While some of them will become successful, the less experienced ones who are not capable of closing a deal or running a company really give the more experienced group a poor reputation in the marketplace. There are experienced independent sponsors who are very capable of closing large transactions.

MG: Finding an actionable transaction at a reasonable valuation and in an attractive market that equity has some desire to participate in is really the secret for independent sponsors. If we have that, we believe capital providers will have no problem finding us. Then it's a matter of finding a partner willing to provide reasonable economics while possessing the experience to support the business with us that shares in and believes the growth strategy is key. The culture of the group is essential to making sure there is a long-term sustainable relationship.

Mark Gonzalez is a managing partner at Bluejack Partners, a partnership of operational and financial professionals focused on industrial services and manufacturing businesses with enterprise values between $10 million and $50 million.

Gonzalez is an experienced senior executive with key competencies in driving operational excellence while attracting, retaining and developing top leadership talent. Prior to joining Bluejack Partners, he was a founding partner at Framework Capital Partners, an independent sponsor partnership that closed four transactions from 2014 to 2017; CFO of Prime Natural Resources, a Houston-based private equity fund; president and chairman of AMB Exploration, a Houston-based exploration and production company; CFO of Cadre Services, a Houston-based oilfield service company; vice president of business development for JB Poindexter, a Houston-based family office; CFO of Egyptian Basic Industries, an Egypt-based petrochemical company; and director of corporate development for KBR/Halliburton, a Houston-based oilfield service and construction company.