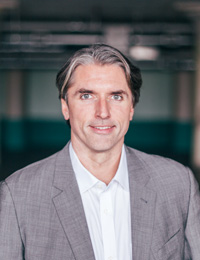 By our count, thousands of companies don't have a clear succession plan in place. Many are owned by folks who are not attracted to traditional private equity, often because they think private equity firms can be too short-term-minded and more about taking out cost than growing revenue. We meet these owners every week, often looking to preserve their legacy and look after their employees. They want partners that appreciate and will help them achieve that goal. At Georgia Oak, we put together a model specifically aimed at those typically family-held businesses.

What does that mean? First, it means that our investors have signed on to be longer-term partners than a three- to four-year hold period. We want to be good stewards for our partners and expect to be long-term investors. Second, we're looking to acquire and help build good companies.

Our team is built of individuals who have the functional expertise to help take a company to the next level and reach its full potential.

ML: We've been operating just over 10 years. It took us over two years to close our first deal. This was an incredibly challenging period. When you are used to being with a big firm and closing many deals, it's quite a change to be by yourself and move much slower. In some ways, it can be a lonely start. It's great now having a full team of colleagues, but that takes time to build.

Getting that first deal done is probably one of the most underappreciated aspects of being an independent sponsor. It can be incredibly hard. When you're trying to convince a business owner to trust you with their business, you're doing so often with a limited track record or established team. Your conversation is very much about philosophy and vision, and connecting personally to have that foundational trust to get the owner comfortable.

ML: I think it's grown because independent sponsors can typically harness more focus than many of the middle market private equity firms. Independent sponsors can go after a specific niche or a geography or two and use that focus to typically drive substantial value for its partners. For us, we have a hands-on and local approach. That resonates with a lot of owners.

Independent sponsors also tend to be hungry. Most need to find proprietary deals to stay relevant. They need to go out and meet business owners. Independent sponsors are a scrappier group of folks trying to source deal flows. Also, the investor community has been very supportive of the independent model. It's much easier to get capital than it was eight years ago.

As for the future, I think we'll see even more sponsors. Unfortunately, some won't make it. With that said, I expect to see continued growth in the fundless format because of its advantages. There isn't that stopwatch that comes with institutional capital. We may also see more existing funds changing to this format because of the success we're experiencing.

ML: There's a misconception that independent sponsors aren't qualified to drive company growth. Many capital providers view independent sponsors as a hungry source of deal flow. But sometimes independent sponsors are perceived as not necessarily being good at the work that comes post-close. That's often not the case. Within a larger fund portfolio, a company can get lost and even be neglected. But an independent sponsor often has only a few companies in its portfolio. This tends to mean those companies get a lot of the firm's focus, with its team members driven to produce results. So much is riding on the success of that particular company.

Another misperception about those considering becoming an independent sponsor is that it's easy, including that it's really easy to be one's own boss. It's not. As I mentioned, it's usually very difficult to get the first few deals and investors going without a team and proven track record.

ML: I think you want to look for a group that has a track record of doing independent sponsor deals. There's a lot of value that a capital partner can bring with its collective experiences.

We are working on a deal now that has had its challenges to close. We’ve worked with our capital provider as an extension of our deal team. This is a really cool situation and bodes well for our long-term fit as partners. You want to look for the right balance. Trying to combine an independent sponsor with a fledgling or beginning capital strategy might not be the best approach. Ideally, you want a capital partner that shares a similar outlook as you and has continuity plans. There's also tremendous value in what you should want from any partner: a great philosophy, people and structure.

Q: What is most important factor to navigating a challenging deal?

ML: It boils down to the relationship you develop with the owner of the company. Most deals go through ups and downs. A good relationship with the owner — one that is continually evolving — will improve the likelihood that you can successfully navigate those challenges and come out with an even stronger partnership.

Q: What's the important quality you look for in a deal?

ML: Luckily, we don’t have to look for just one attribute of a good deal. It's more like a dozen. But I would say the filter that knocks out more companies in our pipeline than any other would be a company’s revenue growth prospects. If a company has not only a reason to exist but a reason to be 50% or 100% bigger in five years, we are interested in digging in.

Prior to founding Georgia Oak, Lonergan was vice president of private equity for Strategic Value Partners (SVP), a global hedge fund. Based in London, Lonergan led the diligence efforts on control buyout transactions and evaluated credit investments for SVP's "loan-to-own" strategy. Before joining SVP, Lonergan was with Sun European Partners in London and Sun Capital Partners in Boca Raton, Florida. Sun Capital is one of the world's most active turnaround private equity investors. While at Sun Capital, Lonergan evaluated and facilitated control buyout investments. Early in his career, he worked at the Atlanta offices of Houlihan Lokey and Wells Fargo's asset-based lending group.

Lonergan is a proud board member at Families First, a nonprofit organization providing adoption and foster-care support, family counseling, housing assistance and other empowering services to vulnerable families across metro Atlanta. He received a BBA in finance and management from the Terry College of Business at The University of Georgia.